Some of these Padres spend their lives risking themselves for their kids, some of them go to weird extremes to see them and others, well, others are murderous Sith Lords. You can’t win ‘em all.

They all come in different sizes; step-dads, adoptive dads, guardians, massive bastards… but we love ‘em anyway. Here’s our pick of the papas…

Mufasa is dad goals. He might have an absolute dick for a brother but Mufasa lets it slide off him like the badass king of the savannah he is. His harsh but fair attitude mixed with his playful Pops approach make him the cartoon lion dad of our dreams.

Literally? Simba. Metaphorically? All of us.

“Simba, let me tell you something my father told me. Look at the stars. The great kings of the past look down on us from those stars… so whenever you feel alone, just remember that those kings will always be there to guide you. And so will I.” 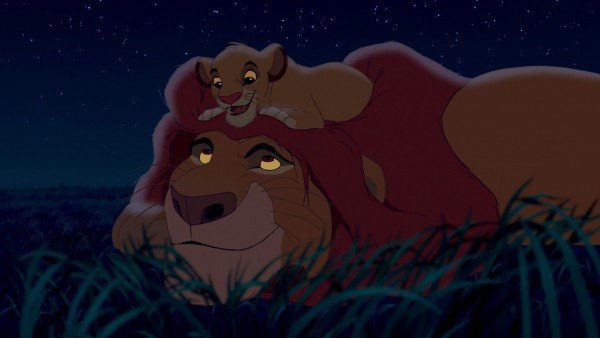 Not every dad would dress up as an old Scottish woman just so he could see his kids every day. Then again, most dads would deem it unnecessary and probably far less effective than just following the appropriate channels and legally spending time with your children, but, let’s be honest, Daniel is a bang average dad, and human in general. Whatever, who cares when there’s Robin Williams in a dress with his face in a cream cake. 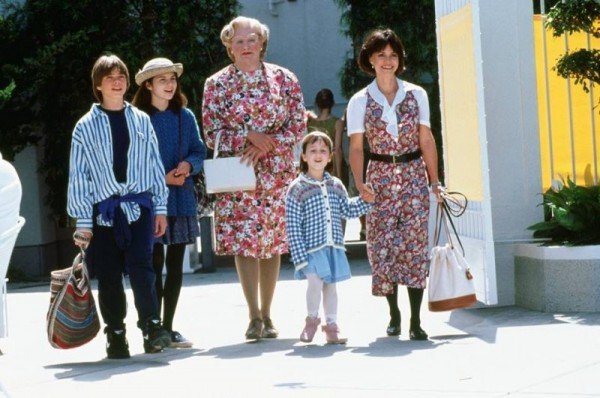 Lee Chandler, Manchester by the Sea

After escaping the small town he’s from, Lee is called back to Manchester-by-the-Sea following the death of his brother as he’s named the legal guardian for his nephew. He quickly has to put aside his own issues and learn to be a father, despite the tragedies that surround him.

“If you could take one guy to an island with you and you knew you’d be safe because he’s the best man, he’s going to keep you happy. If it was between me and your father, who would you take?” 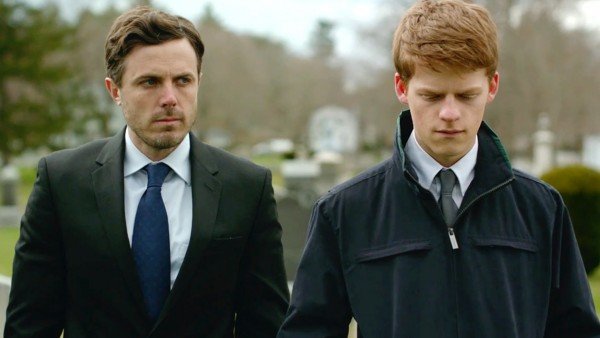 Captain Von Trapp has his work cut out for him with about a thousand children in his household. He might get it wrong occasionally; summoning each kid by whistle, forbidding any fun and just generally being really bloody moody, but eventually he cools his boots, has a little singsong and chills the sweet f*ck out.

“The first rule of this household is discipline.” 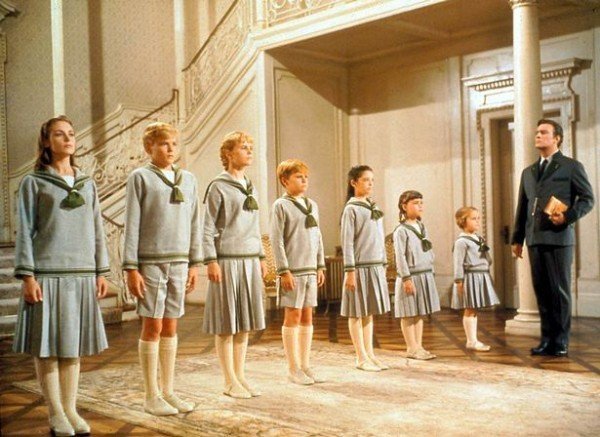 Chris Gardner, The Pursuit of Happyness

Chris has been dealt a shit hand. His wife has left him to bring up their son, Chris Jr, aka Jaden Smith, who *was* adorable in immeasurable ways. He’s also working for free and he loses their home. But whatever happens, Chris protects his son with his life, holding him tight as they sleep in subway toilets and homeless shelters. He is bae.

Marlin is a classic protective dad… shitting himself every time his son sneezes, starts schools or touches a butt. He swam across oceans, encountering sharks, jellyfish, whales, shouting birds and a load of other creatures who wanted to douse him in vinegar and stuff him in their chops, all to save his kid who was captured in a sandwich bag and taken to Australia.

“I promised I’d never let anything happen to him.” 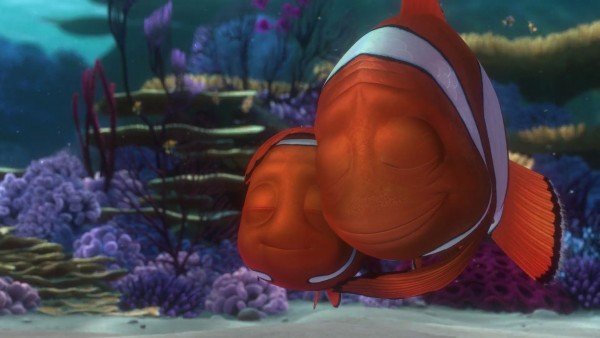 This dad goes on a one-man mission to save his daughter from Albanian sex traffickers after she’s abducted in a French hotel. He promises to kill whoever has taken her and creates one of the most meme-able quotes maybe ever (even though in real life he would have got about three words out before being hung up on).

“I don’t know who you are. I don’t know what you want. If you are looking for ransom, I can tell you I don’t have money. But what I do have are a very particular set of skills, skills I have acquired over a very long career. Skills that make me a nightmare for people like you. If you let my daughter go now, that’ll be the end of it. I will not look for you, I will not pursue you. But if you don’t, I will look for you, I will find you, and I will kill you.” 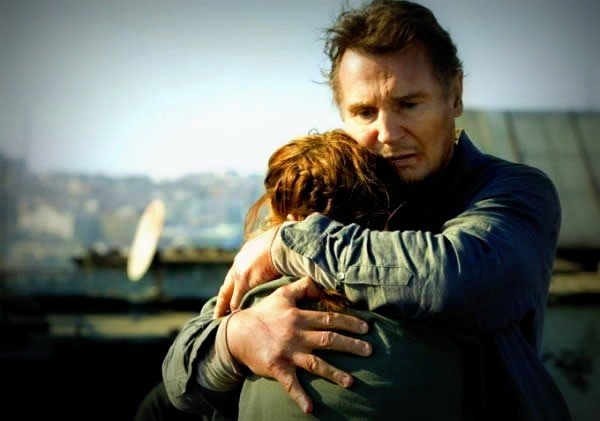 Hal lived a lie until his wife passed away and he decided to come out to his son, at the ripe age of 75. As he begins to discover his newly-open sexuality, he grows closer to his son as they’re pulled together with honesty and candor. Hal becomes a pillar of the gay community and pulls a younger man, and when he dies, his son continues to learn from his father’s integrity. The fact that this is a true story makes all the more emosh. No, YOU’RE crying. 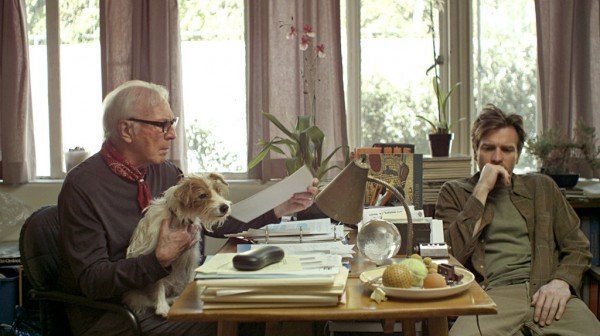 As dads go, Royal’s a weird one… He idolises his prodigious kids and loves ‘em long time but as they grow up, shit hits the fan. His wife tries to divorce him, he gets kicked out of the hotel he’s been living in and his children are in a serious slump. The natural reaction is, of course, to pretend you’ve got cancer. So he does. Royal might be fully cray but his deceptions and manipulation unite his dysfunctional family, and, at the end of it all, he loses his life whilst saving them from a sinking battleship.

“You can’t raise boys to be scared of life. You got to brew some recklessness into them.” 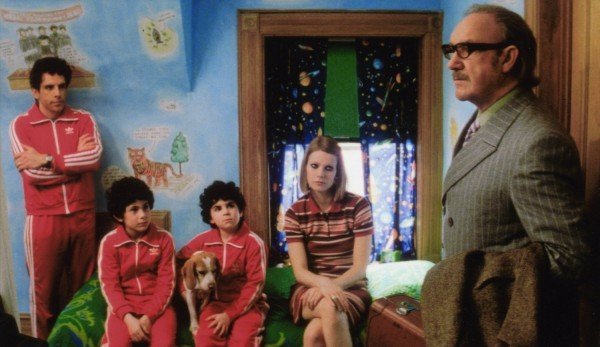 This guy’s not winning any ‘Dad of the Year’ prizes any time soon, but on the bright side, you’re set to inherit a pretty hot black cape if he dies. Darth is the Sith-y alias of Anakin Skywalker who goes to the future to terrorise his son and his space mates, or something like that, we dunno, it’s quite confusing. Darth tries to get his kid to join his alliance of evil alien guys but the kid’s not up for it so Darth cuts his hand off. Like every good dad would.

“Move the ship out of -” kidding, it’s obviously “I am your father.” 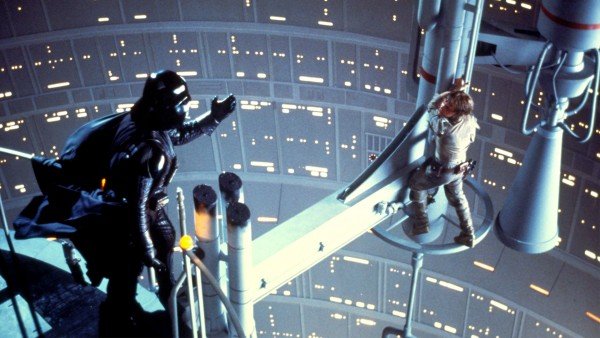 Celebrate Father’s Day on a rooftop with us this weekend! Click here to book.