Our favourite scary films would be nothing but a bunch of teens and families running in circles screaming without the evil murderers, ghosts and knife-wielding dolls lurking in the shadows.

Whether you love them, hate them, or see them every time you close your eyes; movies have brought us some great villains over the years. Here are the ones we’ll never forget.

Nobody REALLY knows what happened in this movie. So, like, there was a clown in the sewer… and he made children float… and was a shapeshifter… and… something about a balloon…? Whatever. No explanation necessary. If you didn’t spend the next 10 hours cautiously squinting at everything you walked past because you JUST couldn’t trust that it was real, then you weren’t paying attention. 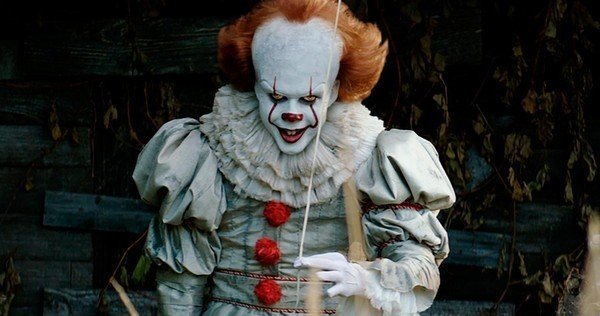 It’s the age old story; town burns child-killing guy alive, guy haunts teenagers’ nightmares, murders them, has a lot of fun doing it. Hellbent on revenge, Freddy is the guy of our dreams. Our terrifying, stomach-churning, fear-filled dreams. This guy takes bad skin to a whole new level. Someone get him some moisturiser. 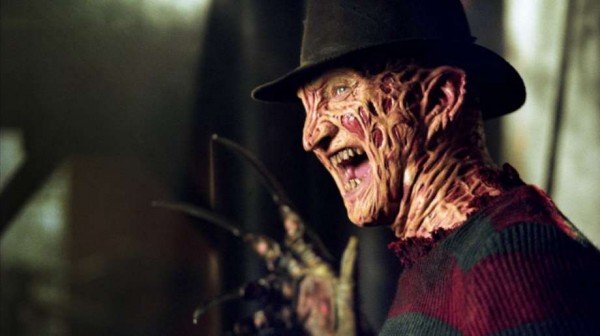 Hannibal Lecter (The Silence of the Lambs, 1991)

Not happy with just being a psychiatrist who doubles up as a chatty serial killer, this masked murderer got his extra kick from eating people, too. 25 years since our first glimpse and we’re still making jokes about fava beans, Chianti and Clarice’s screaming lambs. 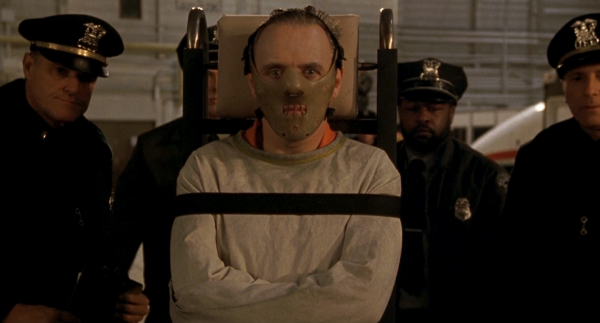 With the benefit of being more than one person, Ghostface is a mix of killer, mask owner and prank caller. Nowadays, he wouldn’t get anywhere because his victims would never answer an unknown number in case it was a PPI cold caller, but back in the 90s he struck off countless pretty teens who were willing to pick up the phone. And they say the younger generation is the problem… 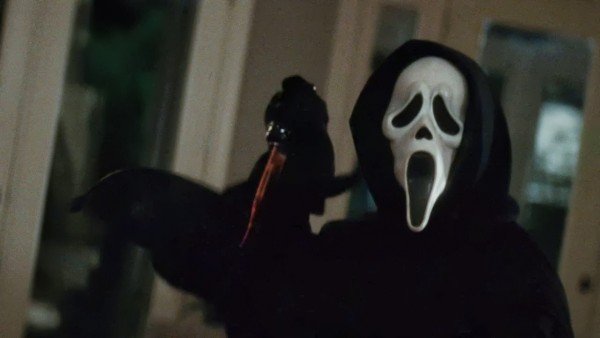 If we’ve learned one thing from this motel owner who spies on his guests before stabbing them in the shower and dressing up as his dead mother, it’s never trust a man who says his mum’s his best friend. 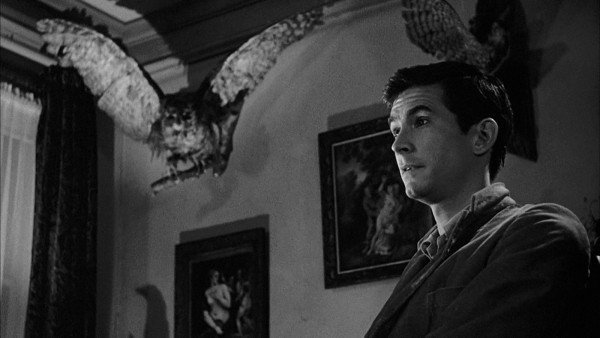 Better known for being a chainsaw-toting killer who wears a mask made of other human’s skin than his warm hosting skills, Leatherface preys on any teenagers or police officers that dare to walk across his garden. 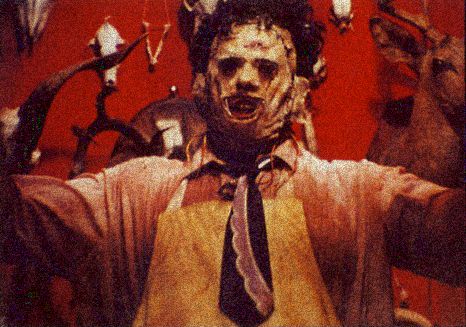 Cold and entirely without remorse, this movie villain is basically indestructible. He murdered his own sister. He escaped a mental institution and went off on a killing spree. He can’t be stopped, he won’t be stopped. We’re all f*cked. 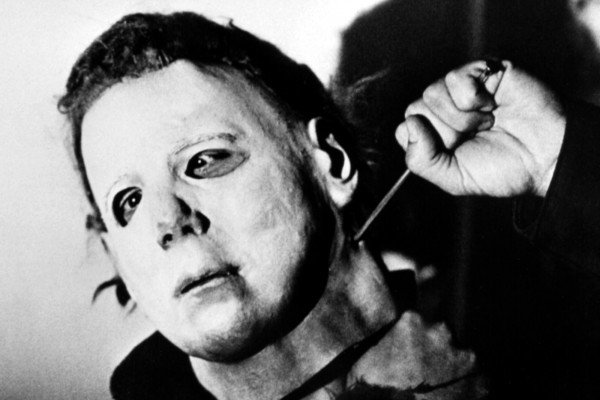 Turns out Damien is the Antichrist (#Awks), which is pretty heavy for a newborn. Proof that children are as, if not more, terrifying than the grown-ups around them, this killer kid manages to send his enemies to their deaths and generally stirs up trouble without a single slapped wrist or bedtime without supper. 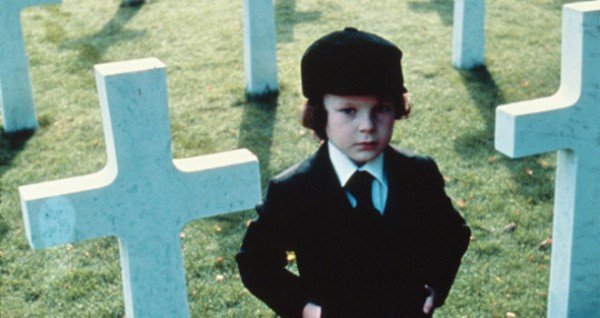 Another demonic child with a taste for murder, Sadako (and her American counterpart Samara) threw a square-eyed generation of couch potatoes into a TV-fearing bunch of wimps when she crawled out of the screen and into our nightmares to kill whoever watched a mysterious videotape. #NetflixAndKill 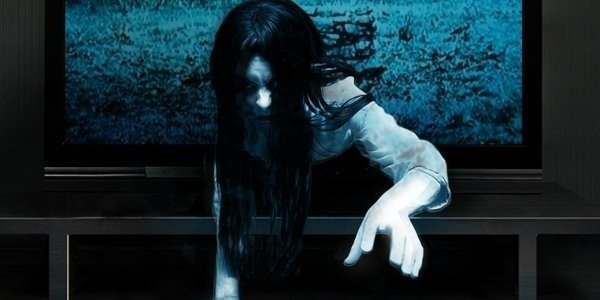 Dolls are creepy. Fact. Give that doll the albeit unlikely ability to come to life and kill any adult that gets in his way and you’ve got yourself a menacing murderer that you let your baby sleep next to. Chucky, who was actually possessed by a voodoo enthusiast-cum-serial killer, went on to get married, have a kid and continue his reign of terror for many sequels. 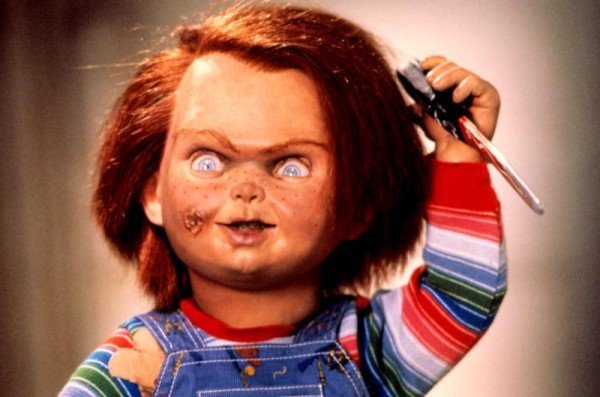 In Regan’s defence, she was actually an innocent girl who just had the misfortune of being misdiagnosed with puberty whilst she was possessed by a demon named Pazuzu. It happens to the best of us, okay? Give her a break. With all the head-spinning, spider-walking and soup-vomming, it quickly became clear that this was not just a case of extreme adolescence and the demon was driven out by an exorcising priest. So terrifying is Regan that UK audiences – and many others internationally – weren’t allowed to watch the film until 1990 when the British Board of Film Censorship lifted their screening ban, a whole 17 years after its original release. 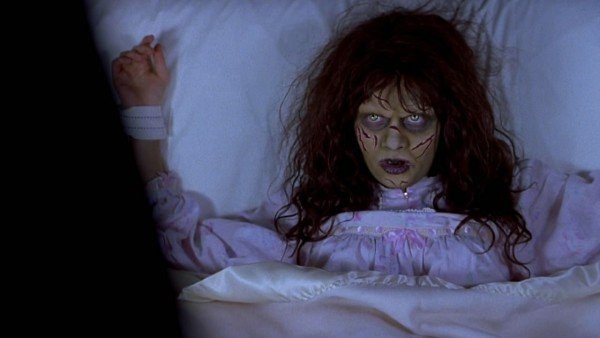 In what must be the world’s worst recorded case of cabin fever, Jack becomes a victim of his own fragile psyche as ghosts lead him to lose it and start trying to axe-murder his own wife and son. Torrance ends up chasing his wife around a snowy hedge maze before freezing to death. Karma’s gonna get ya. 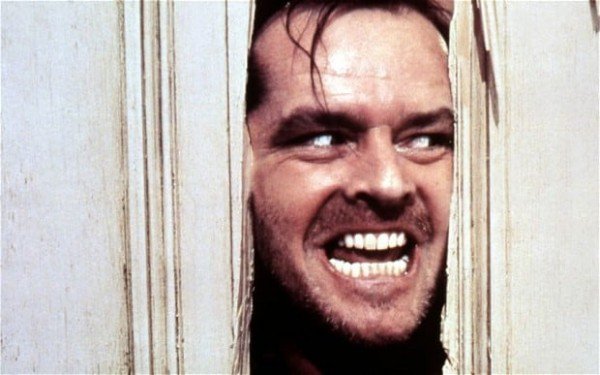 Proof that you just can’t trust anyone, this seemingly harmless elderly neighbour pretends to help Rosemary with her pregnancy nerves when, it turns out, she’s actually a devil worshipper with an urge to turn the kid into hell spawn in a black basket. Should’ve known she was trouble when she walked in, tbh. That bandana with THAT blouse? Only a psycho would wear that. 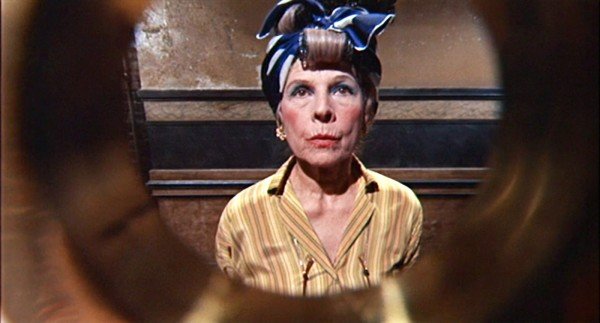 Easy to spot with his hockey mask and machete look, Jason is looking for revenge after getting drowned in a lake. He gets his mum to do most of the dirty work before finally emerging from the grave and doing it himself. If you want something done properly, Jase…

Before obsessively stalking on Twitter was a thing, this major fan girl held her favourite novelist captive and forced him to write her a book. The psychopathic Annie breaks his ankles with a sledgehammer and plots to kill him and herself once her favourite story is completed. Bit dramatic. 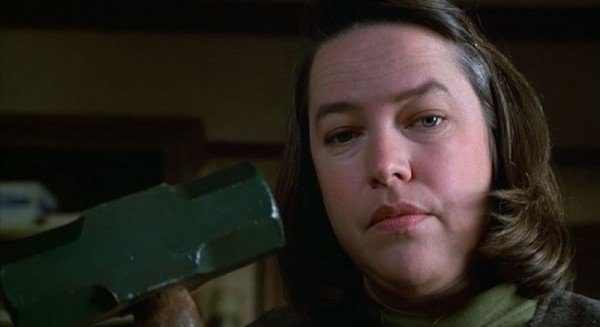