We’re gearing up for 2018’s final month of screenings (pause while everyone dries their tears… we feel you…) with these epic movies you don’t wanna miss.

Nothing says the end of summer like a kick-ass playlist, so we’ve got our favourite song from each film here to make you feel every good vibe there is. Pop in your earphones and get ready to chair dance, here’s our top picks for September!

Have you ever seen a movie with punctuation like this? Is it two colons or a colon and a hyphen?? (We took a wild guess…) But that isn’t the only question we have… how does he get his hair to stay like that? What moisturiser does he use? Who is still letting Tom Cruise put himself in danger? He’s a national treasure and must be protected.

Fallout will be screening as part of a Tom Cruise double, right beside a personal fave – Top Gun, 8th September at Bussey Building!

Jump out of a helicopter on September 7th at Bussey Building! (disclaimer: no jumping is permitted off our rooftop.)

Not only is the title effing hilarious (we see what you did there) but this tune will get you PUMPED. 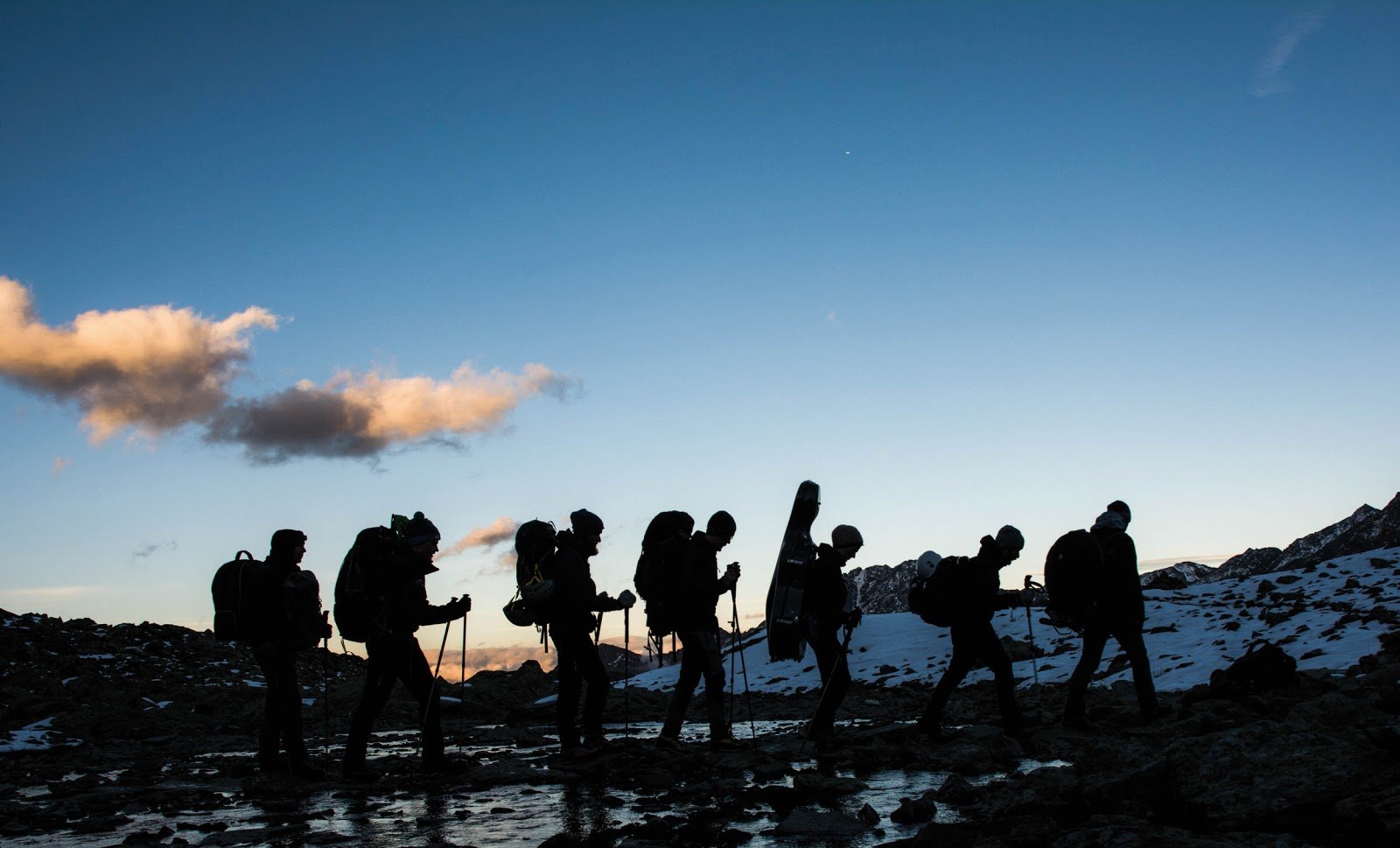 Picture this: The Alps. A band. Music. Views. Heights. It’s as intense as it sounds. To top it all off? This is a special London premier, complete with a live solo performance and a Q&A with musician (and genius) Manu Delago. There’s no experience like this one. Grab the music-lovers in your life and treat them to something they’ll never forget.

Have the ultimate musical experience on our rooftop on the 13th of September at Bussey Building.

Get ready to be transported…

We can’t get enough of this Women in Film favourite. Greta Gerwig is a true queen who knows exactly how to make you feel like everything in life will be okay. Nobody can help you deal with life like Lady Bird. She understands that the future is now and disappointing AF. We don’t even have robots yet, all we have is telling Alexa to play Despacito.

Explore life on the 6th of September at Bussey Building.

The whole damn soundtrack rocks, but this one takes the Lady Fingers.

Firstly, it’s based on a true story. Yeah. Ron Stallworth infiltrated the local Ku Klux Klan and ended up with as much power as he deserves (all of it). This new release opens with what people are calling Spike Lee’s best opening sequence in over a decade. It would be an understatement to say we’re buzzing with excitement. #FightThePower #AllThePowerToAllThePeople #ApartFromTheTerribleOnes #GiveSpikeLeeHisOscarAlready

Catch the new Spike Lee movie on the 29th of September at Bussey Building.

If there’s two things that we love (apart from movies, obvs), it’s photo opportunities and killer soundtracks. This movie has ‘em both.

This movie is an actual masterpiece. If you don’t know, it’s where “I am McLovin!” came from. There. Now you know. The cast of Jersey Shore literally told Seth Rogen that DTF came from this movie ‘cause it’s just THAT quotable. We don’t even know what to say to you if that isn’t convincing enough. Chicka chicka yeah – fake ID, fake ID!

Get your quotable on September 11th at Roof East!

Cher continuing to be the hero we need but don’t deserve.

Stellan Skarsgård having the time of his life dancing and singing while his sons play vampires and demons.

Things are about to get morally ambiguous. There’s sex-positive and then… there’s… uh… But it’s all okay, ‘cause the cast are hot AF so you’ll probably be too busy staring at all the eye-candy to even care. If you’re looking for a girls’ night out with some extra spice, or know someone who loves Reese Witherspoon as much as she deserves then this is the screening for you!

Have good intentions on September 2nd at Bussey Building.

Get ready to feel some intense feels.

The Shape of Water

This Oscar winner had us at “Blob blob blob”, or whatever sound fishes make. Our favourite part of this movie is the memes it inspired… but we can’t really screen those, so. This movie is genuinely magical and we can’t get enough of boundaryless love. #LOVEWINS #EvenIfYoureIntoFishApparently #YouDoYouBooBoo

Find out if humans can cry underwater on September 5th at Bussey Building.

This random song has zero explanation and that makes it ICONIC.

Get ready for an emotional rollercoaster that mostly just goes down really, really, really fast. Also: unlimited amount of respect for anyone who records their squad singing along and tags us in. You don’t have to hit the high notes, you just have to try…

Dance with somebody who, woah, isn’t looking for anything serious right now on the 23rd of September at Bussey Building.

10 Things I Hate About You

List the things you love on the 9th of September at Bussey Building!